A BLESSING FOR YOU

I want to share with you a true story, and I believe that it will bless you as much as it did me.


Following Kenneth Cox teachings on 3ABN (TV) have blessed me so very much. For a number of weeks, he has been teaching on Revelation, and today was the last chapter---Victory Is Won! A wonderful teaching which can be viewed on his site, kennethcoxministries.org
I will not go into the teaching; but what I want to tell you, is the true story that was given at the end of the teaching.

A man and wife were rerturning from a mission field in Africa. They were old now, with little money, and their health was broken. They were boarding a sailing vessel, back to America. Bands were playing, flags waveing, and a lot of excitement was on board.


The missionary couple learned that Teddy Roosevelt was aboard; returning from a hunting trip in Africa. Excitement continued throughout the voyage.

Arriving in New York City, they found small quarters in the City, and proceeded to secure jobs so they could survive. The husband was still unhappy and muttering, "It just isn't fair!"

Finally the wife said to him, "I think you better go into the bedroom and get this settled with God, now. So the husband did as his wife suggested.

How many times have we gone through just what this man felt and said? And it was probably for much less than what he had endured.
I must admit that I had to hang my head and think how merciful my Father is to me.

I pray this bit of wisdom touched your heart as it did mine. His love is great toward us. Praise His Holy Name!
Posted by Charlotte at 11:06 AM 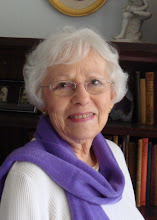 Oh magnify the Lord with me, and let us exalt His name together. Ps 34:3

Where my visitors live